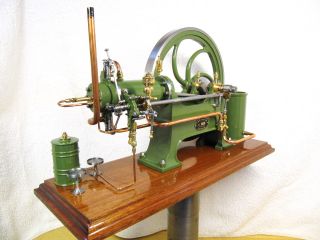 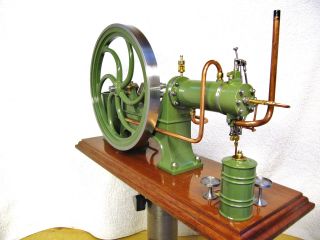 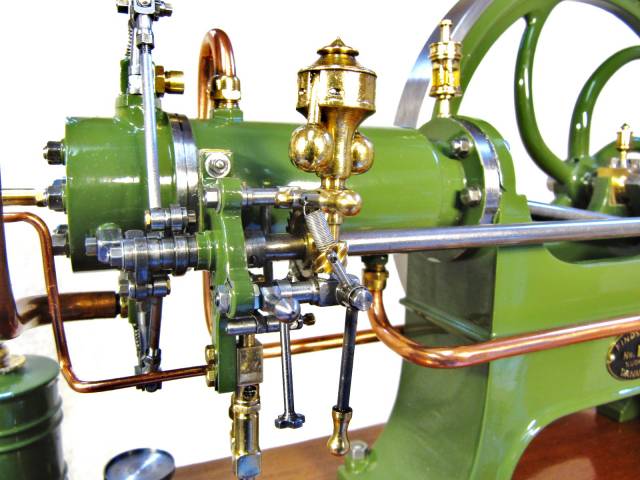 The handle pointing down in the middle at the bottom of the picture, besite the brass

governor handle, is the handle to adjust the injection timing. The handle is connected to

an eccentric in the injection pump handle. So when the adjusting handle is moved up and down, the pump handle situated between the pump cam and pump, will move ind and out. This will change the time when the cam hit the pump handle and thereby the pump, to a sooner or later injection. The system enable the ignition timing to be changed about 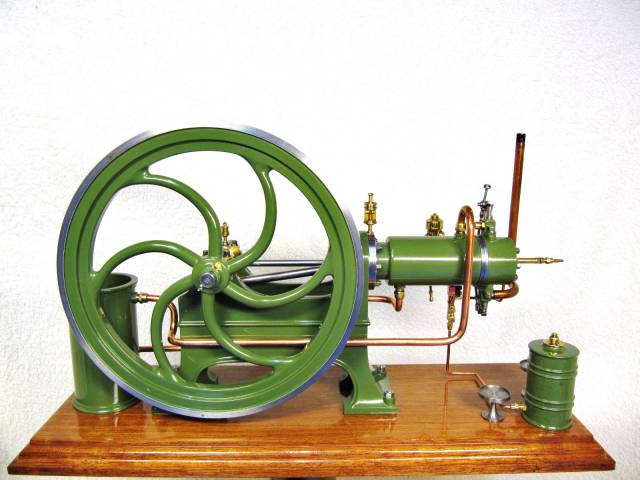 The picture show the engine from the fly-wheel site. 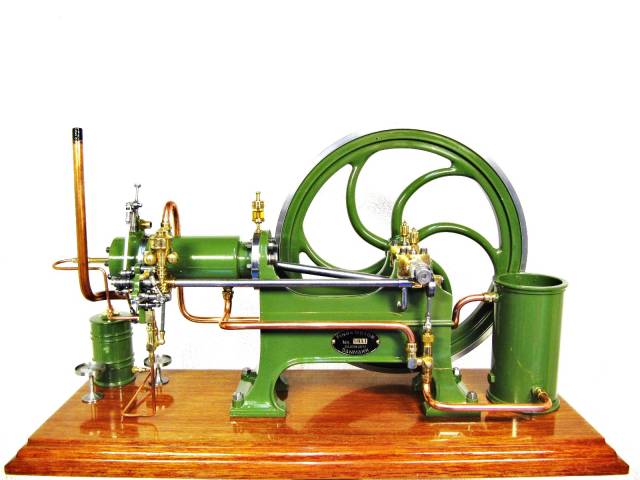 Back to True Diesel Model Engines.

The pictures show the engine from two different angles.

I build this engine 2011, it was meant to be a true diesel model, so it was build stronger than

my previous build hot bulb engines. The base was build stronger, especially at the point where

4 bolts, the cylinder was also bolted to the base with 6 bolts instead of 4. The crankshaft was

would be necessary, for a compression ratio at at least 20 - 1, because the combustion camber

between the intake and exhaust valves by physical reasons, could not be build smaller.

I had many experiments with the engine to get it to run as a true diesel, but again with no

success, it ended up to be another hot bulb engine.

But after having my vertical A frame diesel running, I thought that I perhaps could get the

horizontal engine to run too, and so I did. I had experiments with different kind of

pre combustion cambers, and got the engine to run rather god but found, that an engine with

any kind of pre combustion cambers, needs a lot of pre heating, before starting  from cold.

So the engine ended up with a direct injection system, like the one I used on my A frame diesel.

engine, as on my previous build hot-bulb engines and diesel engine. I constructed a system,

that made it possible to adjust the injection timing when the engine was running. It was a very

god help, when I was doing my experiments with the engine, especially when the engine

was started from cold.