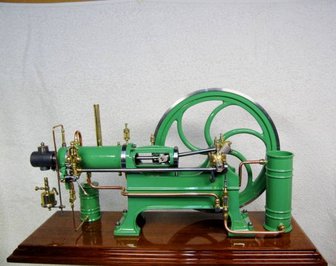 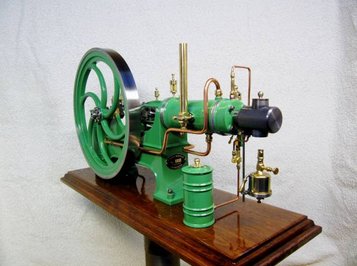 I had never tried to build a two-stroke hot-bulb engine before only four-stroke engines, so I thought that the time had come, to try to build one .The engines I had build before was so called "open crankcase" engines, so this one should be open too, using a cross-head to guide the piston-pin. I was as you perhaps can see, very inspired by Swedish two-stroke engine builders like Beijers Kristala, when I should design and build the engine.

You might think that it would be much easier to build a two-stroke engine compered to a four-stroke  engine, but it is indeed more complicated, especeally when you build it as an open crankcase engine, using a cross-head.The cylinder is rather complicated to construct too, because of the build in, intake - cavenge - exhaust channels, witch musth be separated from each other, and from the cooling Water channels. 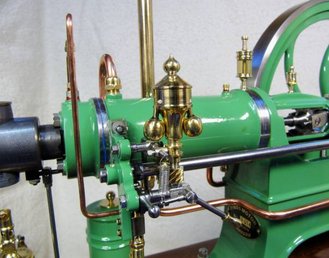 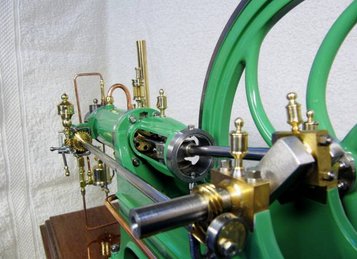 The Photos show, my well-proved fly-ball governor controlled injection-pump system, used on my four-stroke engines . It seem yo Work well on this engine too, I just had to make an injection-pump cam with two cams, because the site-shaft only turn half the crankshaft speed. 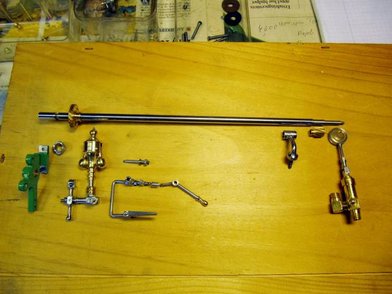 The Photo show at the top: the site-shaft with gear-Wheels for the fly-ball governor and the crankshaft. To the left under the shaft, the "double" injection-pump cam, the green painted site-shaft bracket, and the governor with its conection links. Moving to the right, first the other site-shaft bracked, and then the eccentric operated water-pump. 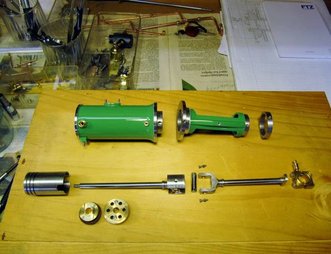 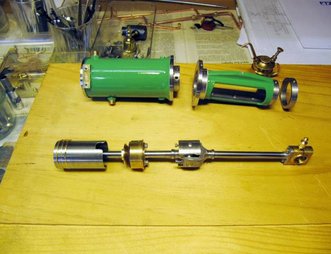 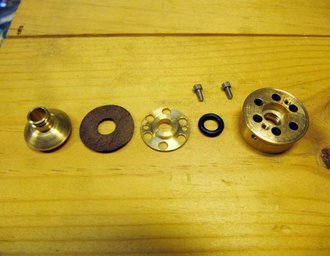 The Photo show the intake-valve parts 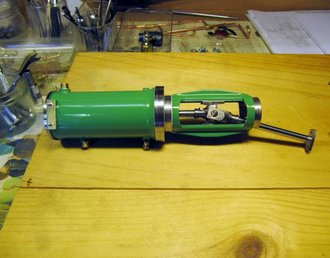 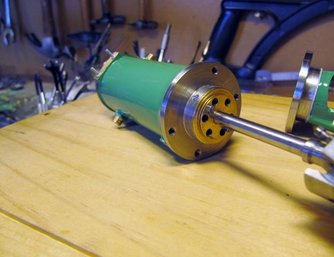 The intake-valve in place on the cylinder 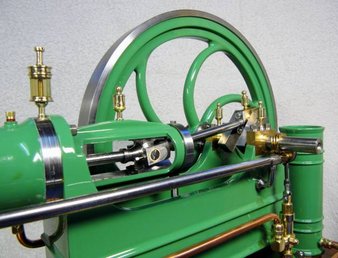 The parts assembled (left Photo), ready to be mounted on the engine base ( right Photo) 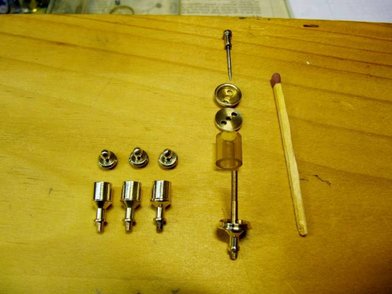 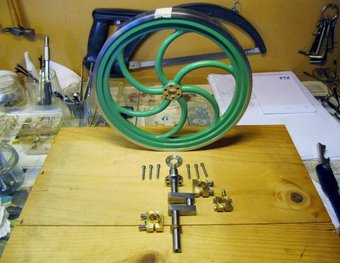 The Photo show engine oilers.To the right , the parts for the cylinder sight-feed oiler 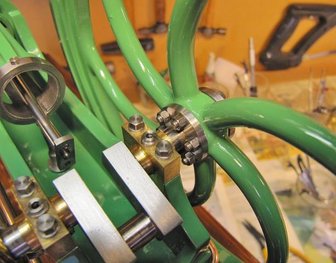 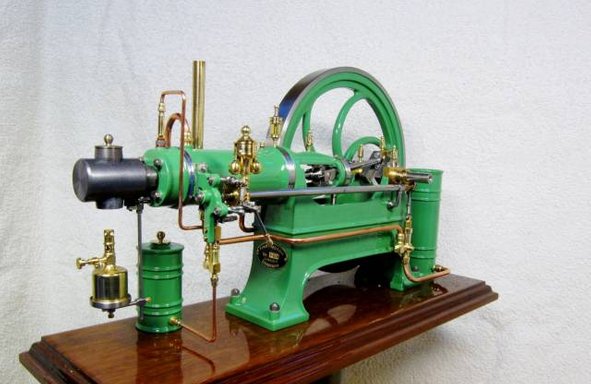 Lubrication: Mineral engine oil with a grade of 15-40.